Reserve Properties and Westdale Properties are getting ready to announce their much anticipated joint venture, Line 5 Condos at Yonge and Eglinton. Designed by IBI Group and U31, Line 5 responds directly to the fundamental changes in the way Torontonians live their lives. This includes innovative amenities such as a social-club that acts as co-working space during the day, a tuck-shop café in the lobby and a dedicated lane for ride-sharing apps like Uber and Lyft. Phase one launches in October.

I’m excited to let you know that pricing and floor plans are now available for the highly anticipated Line 5 Condos at Yonge and Eglinton. Pricing is starting in the high 300,000’s, unbelievable value that cant be found anywhere else in the city . The starting psf in the building is $850 psf where as all other recent launch in downtown have come out at $1250 (Empire Maverick), $1400 (theatre district condos ), and even $1700 psf (King Westbank). There is no inventory available in Yonge and Eglinton currently and due to this extreme shortage in such a vastly expanding neighbourhood, demand has sky rocketed and suites are being secured starting today on a first come first serve basis. 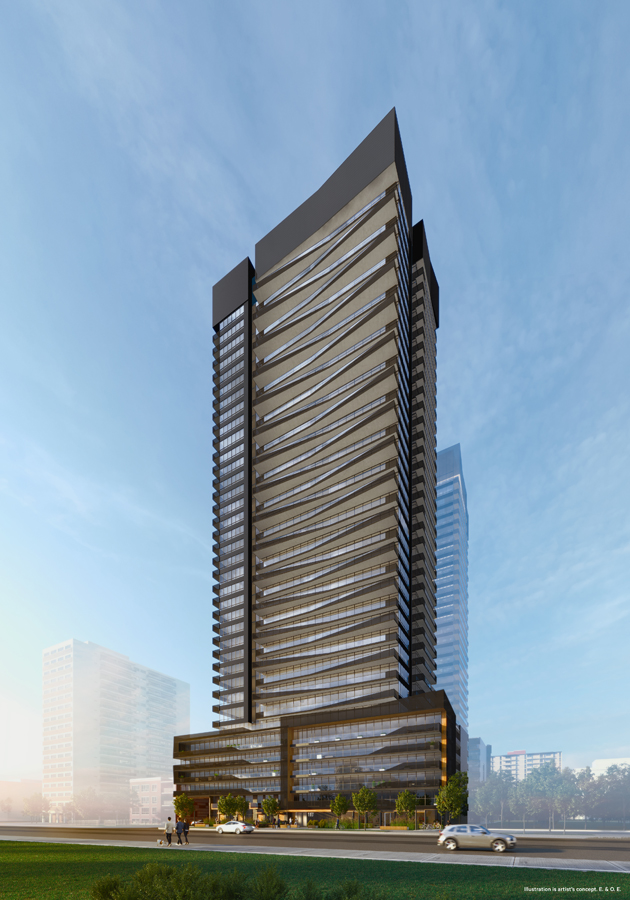 Why invest in Line 5 Condos?

1. Transit – Located at Yonge & Eglinton, Line 5 Condos is just steps from the second largest transit hub in the GTA. The future Crosstown LRT is an 8 billion dollar investment taking residents from north York to downtown along the TTC Yonge line, but now they will also be able to access Scarborough to Mississauga (upto Pearson airport ). It will be the only 4 way stop which will take riders to the furtherest points in the city , much more than Yonge and Bloor. With a completion date of 2021, the Crosstown LRT will have 25 stops in total that cover almost 20 Kilometres from east to west. This kind of transit gives access to Toronto’s top 3 Universities in less than 30 minutes. 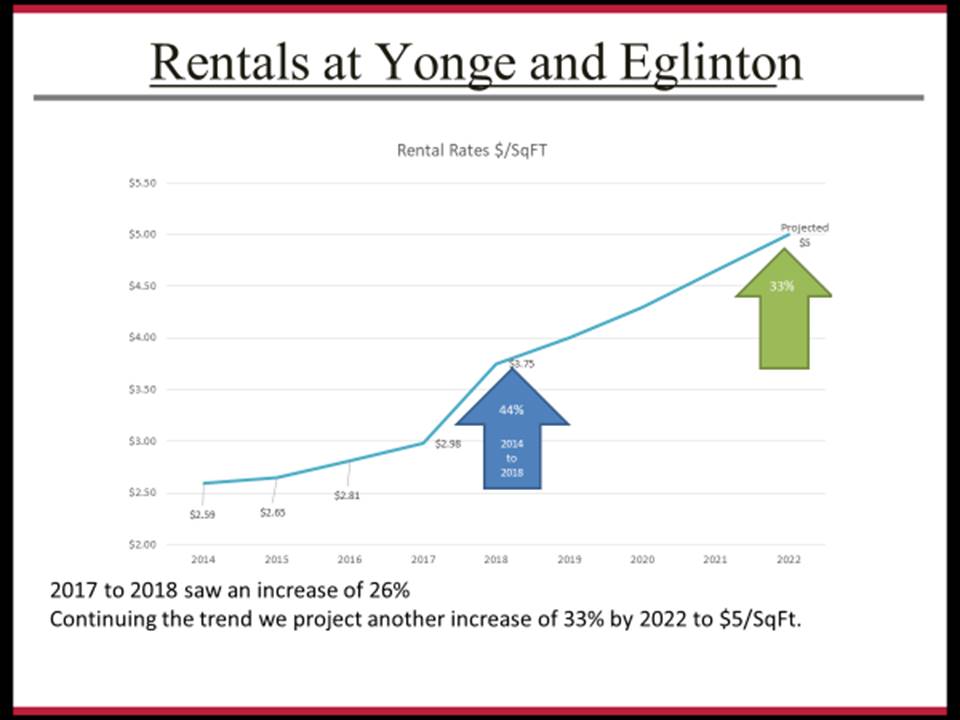 3. Growing City – Toronto is the 4th largest city in all of North America and growing. Over the next 2 years, the city is expecting approximately 201,000 newcomers per year who will all need homes. 38% Percent of Canada’s Business Head Quarters are located in Toronto and the city is the 2nd largest financial centre in North America.

4. Low Vacancy – The vacancy rate for downtown condos for rentals is less than 1%. Due to the fact that 200,000 people move to Canada each year and 100,000 come straight to Toronto, there’s actually a huge shortage of rental units especially close to transit. Specifically for Yonge and Eg, 76% of the population of Yonge and Eglinton rent which is a phenomenal statistic. The average income at Yonge and Eglinton is $149,000 dollars compared to GTA which is $69,000 dollars in GTA and $76,000 downtown and people in this area still can’t afford to buy and rent instead. This is amazing news for the condo investor who buys something in this neighbourhood.

5. Phase 1 of a Six Phase Masterplan Community – As you can see from the pricing , the project is well below market value. Builders will always let the first phase be the one they sell at cost, with subsequent phases being their cash cows. That’s why it is imperative to get in on day 1 in the first phase of pricing. Not only will the prices go up with each tower, but even without future releases of the first tower. Buy into Phase 1 of any master plan community and make money.

6. Day 1 Incentives – This is a VIP launch of the project which means the best pricing and the best floor plans. Prices for units are starting at $860 per square foot (psf) which is completely unheard of in the market today! The average PSF price for condos in Toronto is $1000 with most new buildings launching at $1200+ psf. 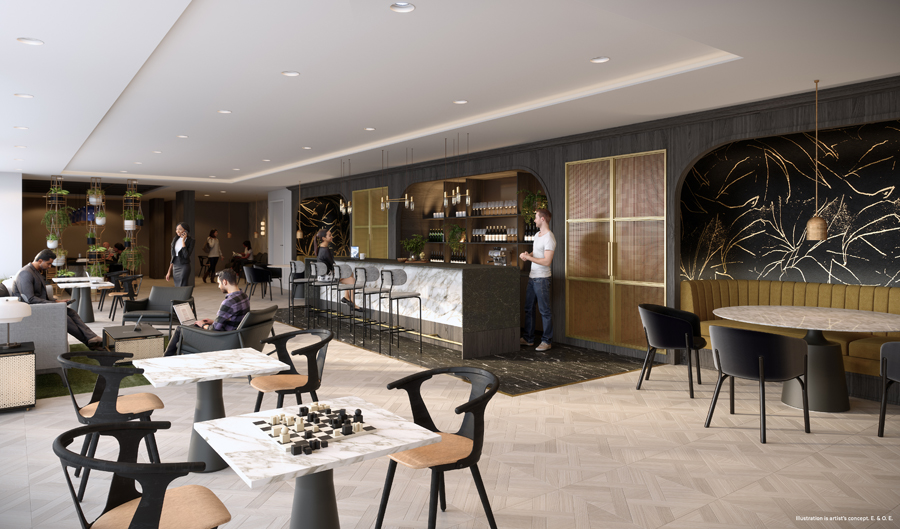 What you need to know! 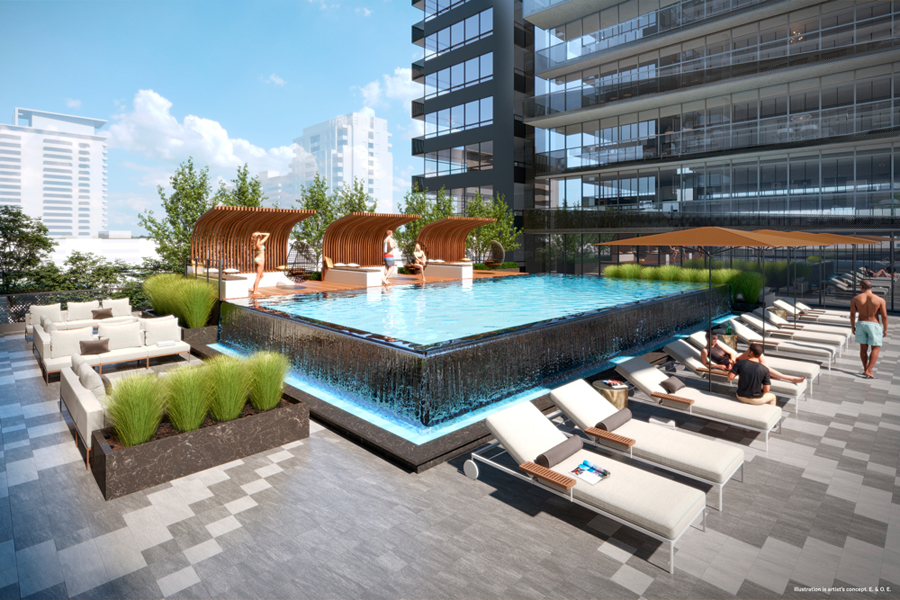